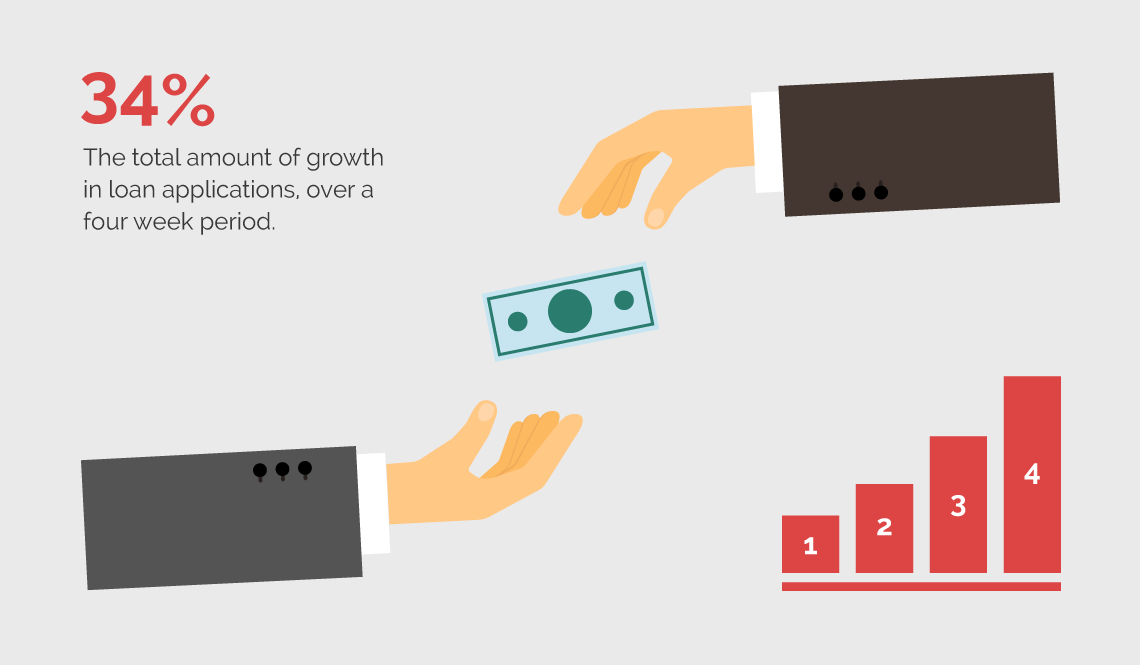 Airship were tasked with generating leads and building the social media presence of a not-for-profit social loan comparison website. They had a basic presence on social media, but were relying on the retweeting/sharing of others’ content, all of which needed to be compliant with FCA regulations. Their CRM was segmented by successful and unsuccessful leads. They tasked us with making the most out of this CRM data and maximising their presence across their various social media profiles. They also tasked us with collating, optimising, and scheduling their new original content.We agreed with the client what would count as a lead, and then agreed that we would measure success on the basis of a week on week growth in leads.

Facebook advertisingWe began by mapping out the customer journey to see what steps customers take from landing on the website to making the conversion to become a lead. We then put Facebook’s tracking pixel on all of the relevant pages on the website, including the home page and all of the pages where the customer had to pass through to become a lead.Next, we set up custom audiences on Facebook. An audience was made for those who had visited the website but not converted, those who had got some way along the customer journey but without converting, and those who had at least 2 visits to the website. We also made a custom audience from the CRM data provided by the client, of those who had submitted data but not yet converted. Finally, we made custom audiences of those who had converted, so that we could exclude these from our advertising campaigns. Facebook’s custom audiences update in real time, so we could be sure that each advertising campaign was making use of up to date data.We then set up custom conversions, so that when using Facebook’s advertising tools to target the above audiences, we could register a conversion whenever anybody landed on the page we agreed would be counted as a lead.We used a combination of custom audiences to target those who had reached different stages of the customer journey. We made sure to split test our copy, which revealed some interesting results. People were much more likely to convert when a certain tone was adopted, so we continued with this tone of voice for all future advertising copy. We ran each advert for two weeks, which gave us a large enough conversion window to generate a sizeable amount of leads.Social media managementWe used our content calendar template to collate content provided to us by the client. We then optimised the content for use on different social media channels, for example by shortening content and adding relevant hashtags. We also looked into the times that their audience was most online, and scheduled content according to these times.We then used our social scheduling tool to schedule and post all content. The result was that timely and optimised content went out regularly, including on weekends and bank holidays when nobody was present to manually post it.

Over a four week period, we saw a total growth of 34% in loan applications. Their Facebook page also saw a 41% increase in reach over the same period, with Twitter impressions increasing by 240%.