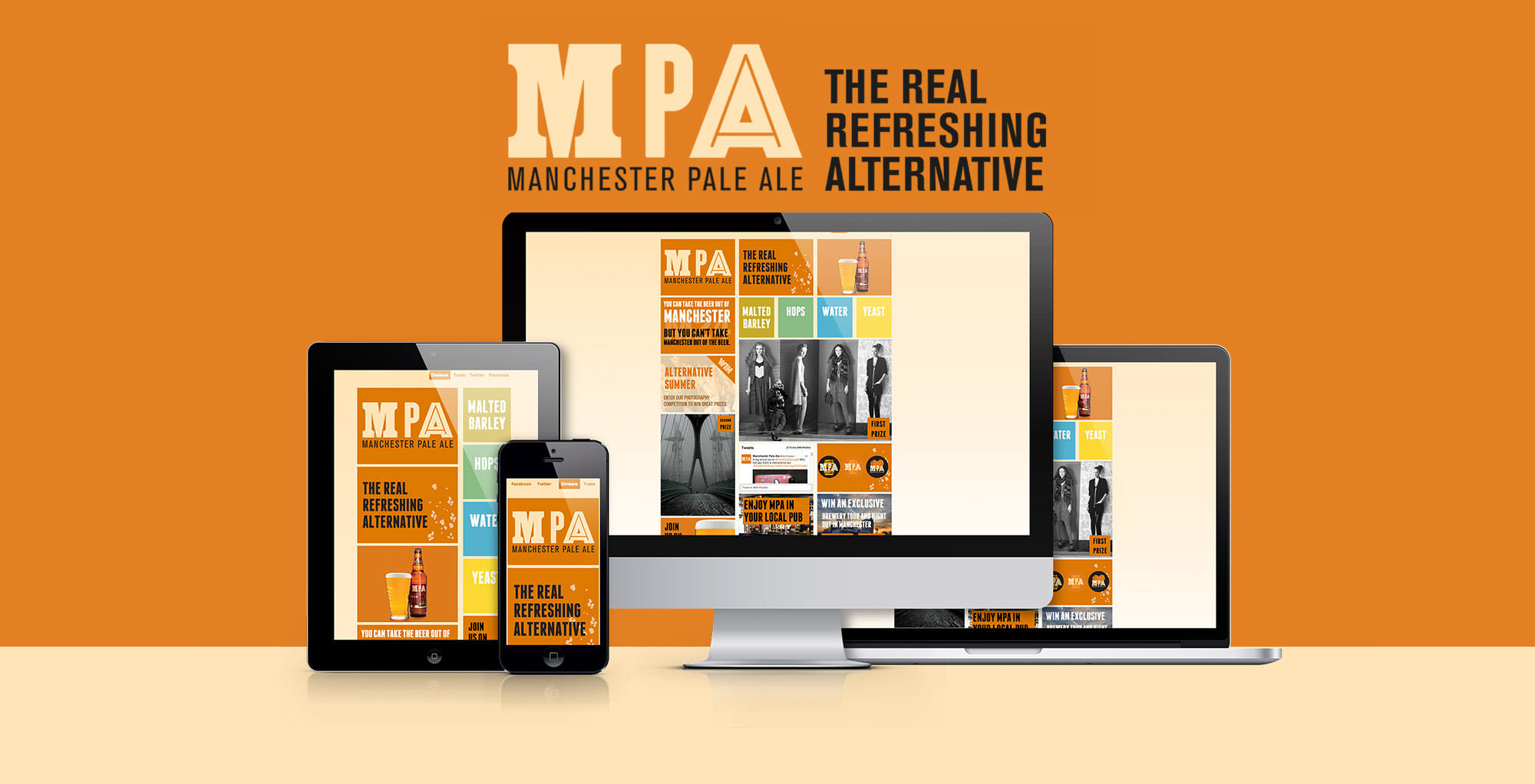 Ale. A traditionally and curiously British drink. JW Lees saw an emerging national market and knew they needed to be in it. Manchester Pale Ale was created to target the younger, more fashion-conscious audience. And so Manchester Pale Ale (MPA) was born.

MPA was still under-wraps from the public, although the behind the scenes build-up was well under way. With launch imminent, we needed to build momentum with a digital campaign to coincide with the great unveiling.So we launched a photo competition - but not just any photo competition; one that specifically set out to capture what makes Manchester alternative.With iconic photographer Kevin Cummins on the judging panel, plus an integrated social campaign and website, the theme really caught people’s imaginations. In just a few short weeks, we had received hundreds of entries and thousands of Facebook likes.

Whilst the photo entries were flowing in thick and fast, we were busy planning the next stage of the campaign; MPA's very own microsite.We needed something unique that would give MPA its own online, on-brand identity. So we sat down with the JW Lees marketing team and got creative. What resulted was a free-flowing, fruit-machine spinning, alternatively-intriguing, mobile-friendly information hub. We launched it just as the first pints of MPA were being poured at a celebrity-filled launch night in Manchester City Centre.

The march of progress

It didn’t end there. Over the following months the site evolved to encompass a fully interactive stockist finder; MPA was marching steadily across the UK with a Manchester-led army of map pin icons.